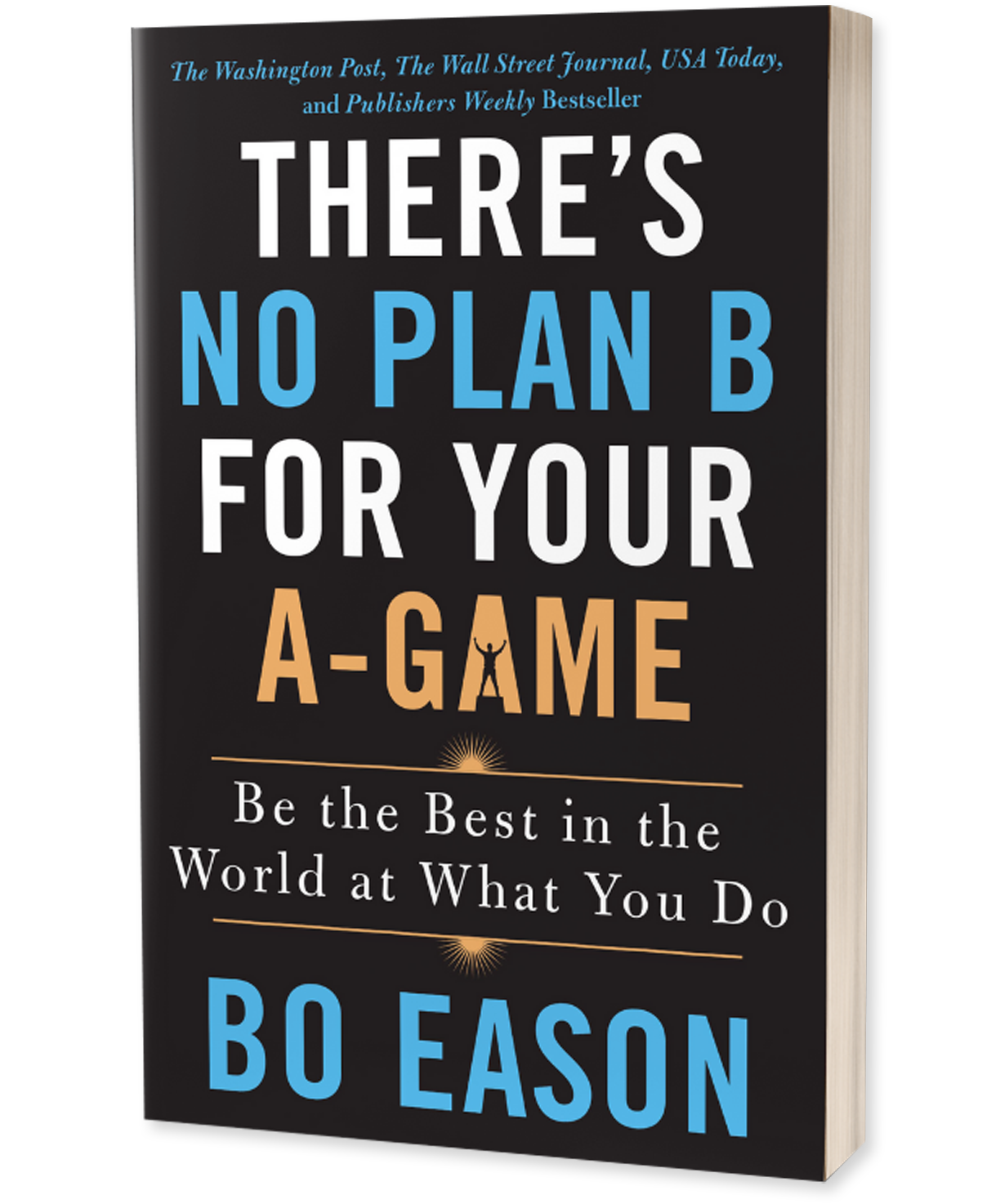 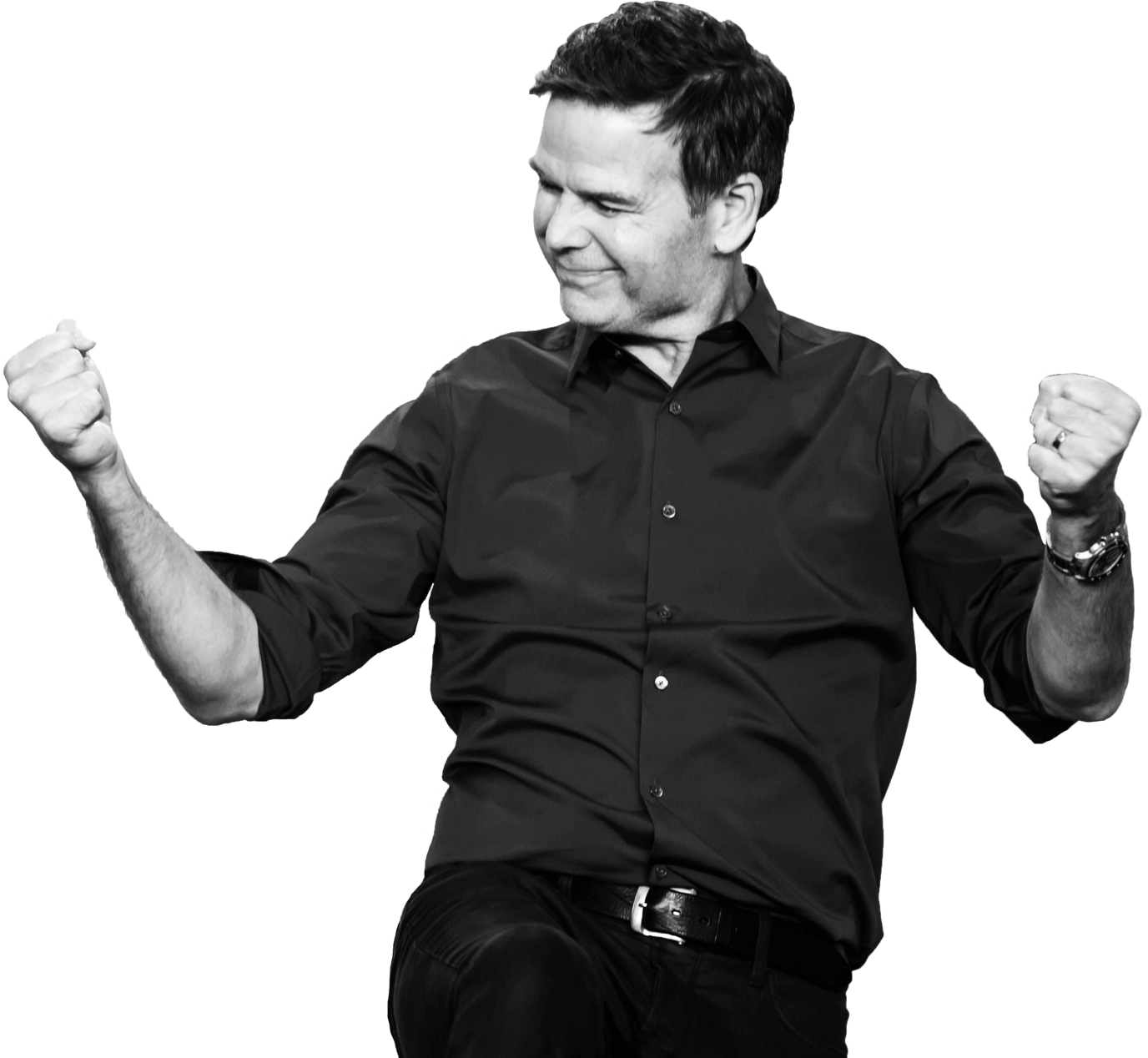 BE THE
BEST IN
THE
WORLD
AT WHAT YOU DO

In celebration of the release of There’s No Plan B for Your A-Game, I’m offering LIVE coaching by me in a private Facebook group PLUS access to exclusive bonuses!

Learn About the Book

WORLD
AT WHAT YOU DO

In celebration of the release of There’s No Plan B for Your A-Game, I’m offering LIVE coaching by me in a private Facebook group PLUS access to exclusive bonuses!

Learn About the Book 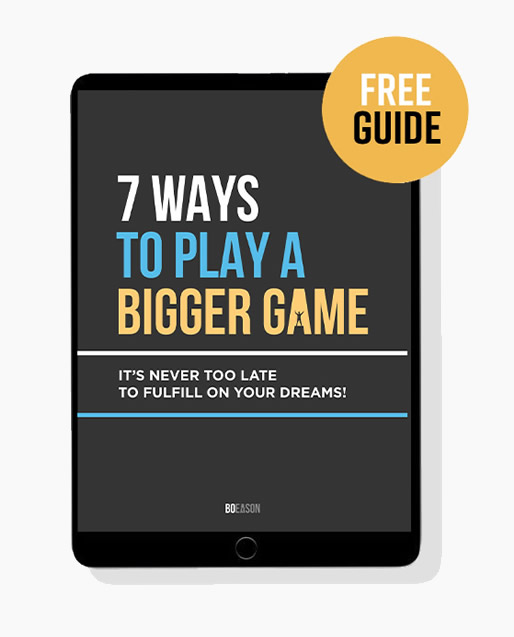 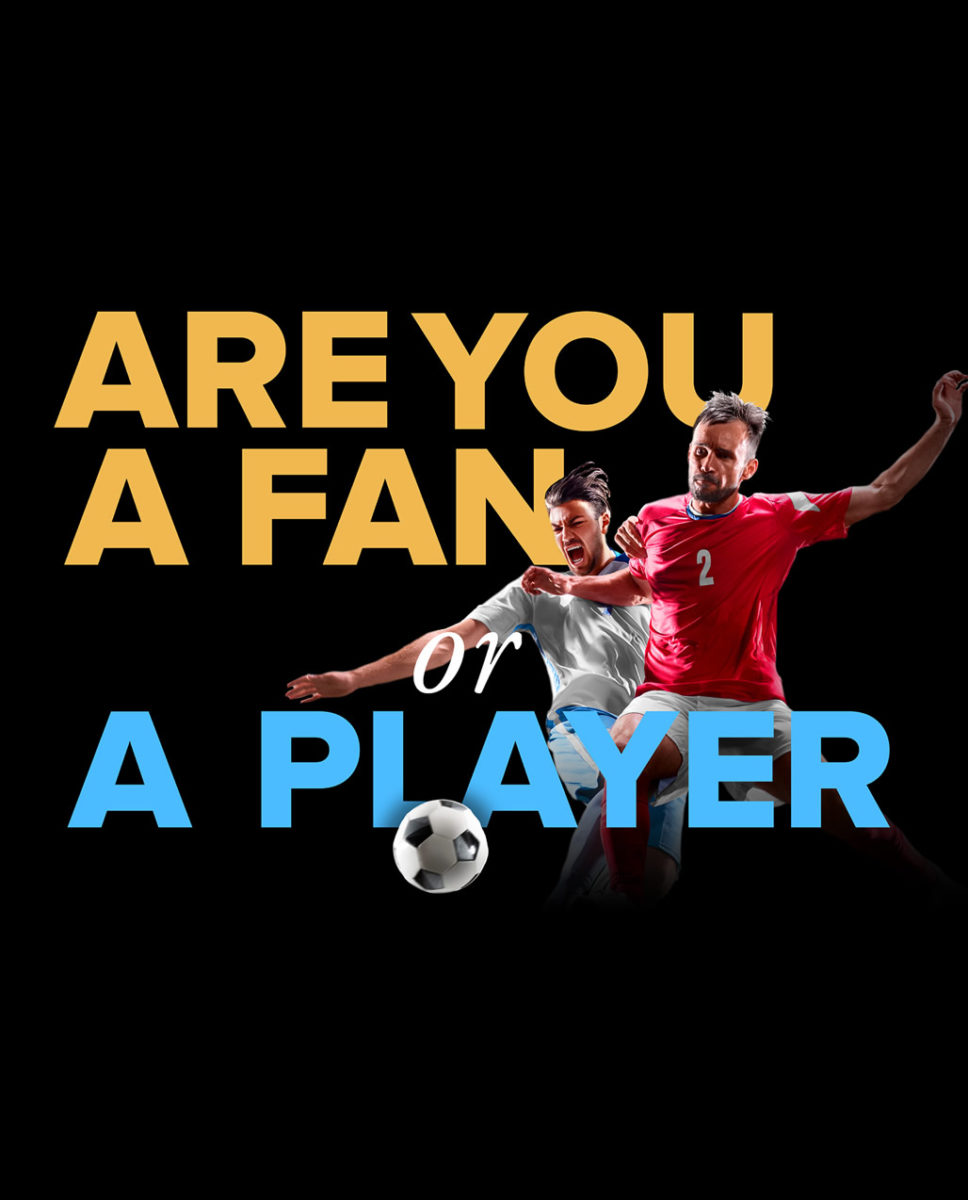 Is there something that you’ve always wanted to do, but never did? I’m talking about following your dreams. Did you decide to toss your aspirations out the window long ago, leaving only your Plan B? If so, I’m telling you, it’s time to ditch your Plan B and do what you were created to do – your plan A!

Download my free guide to learn how to start playing a bigger game and achieve your dream!

Are you a Fan or a Player in today’s world?

In a world filled with amateurs, there are two types of people: Fans and Players. Which one are you? Are you ready to dedicate everything you’ve got to achieve your dream? Are you ready to risk it all and forget about Plan B?

Take this simple quiz to help reveal to yourself how committed you really are to your future. The answer may surprise you. 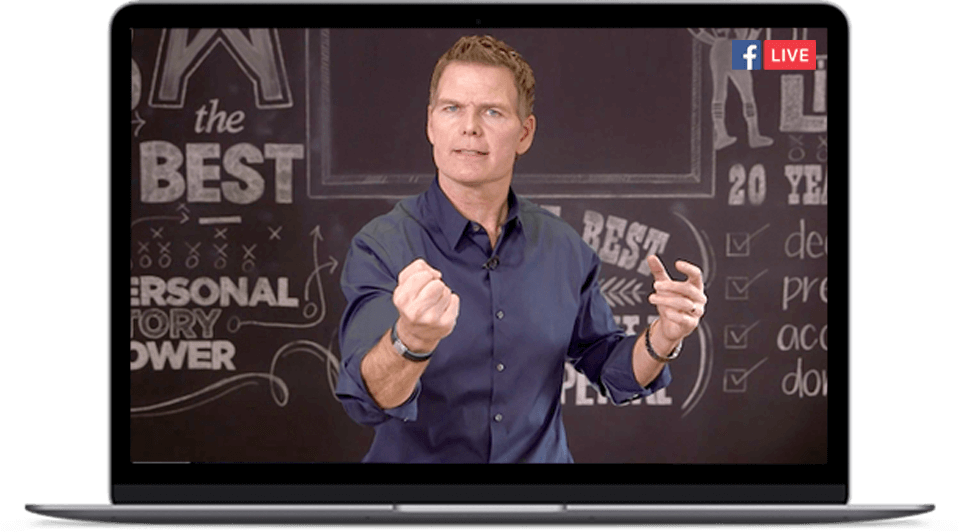 I’ll share exclusive content, including ongoing Live trainings (a first for me!). You’ll get the chance to ask me ANYTHING on your mind. 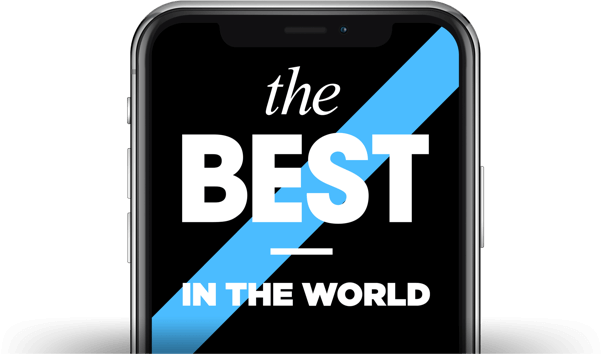 Access to Be the Best in the World Mini-Course

This exclusive training program will offer you a toolbox of resources to help you bring your A-game in your professional and personal life. With Bo by your side in the form of videos, checklists and more, you’ll take the powerful ideas from the book and turn them into reality. 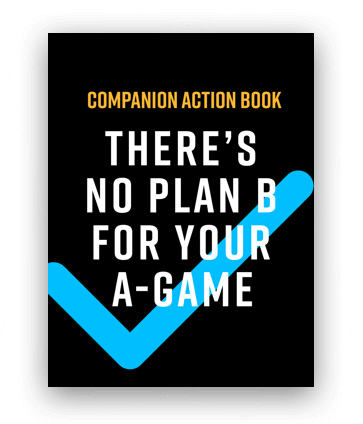 This companion workbook will help you be accountable, take action and get real results with the strategies shared in the book.

A dynamic four-step plan for ordinary people to reach any goal by a former NFL All-Pro, playwright, and acclaimed motivational speaker to Fortune 500 Declaration: what do you want to achieve?.

Can you become the best in the world at what you do? This book shows you how.

At nine years old, Bo Eason set a goal: to become the best free safety in the NFL. A scrawny kid, in a small town with no youth sports tradition, he was at first rejected by both his high school and college teams. But he went all in on his dream, was drafted by the Houston Oilers in 1984, and became an All-Pro.

When his football career ended, he set a new goal: to become a great stage actor. Again, with no background in theater, he faced enormous obstacles. But he rehearsed constantly, sought out Al Pacino for career guidance, and then wrote and acted in a one-man play that The New York Times called “one of the most powerful plays in the last decade”, which ran off-Broadway and toured in 50 cities.

Then he set himself yet another goal: to use his experience to teach others how to achieve their dreams and transform their lives. Bo Eason is now one of the most in-demand motivational speakers in the world, with numerous Fortune 500 company clients, who inspires audiences in the tens of thousands each year.

Declaration: what do you want to achieve?
Preparation: how can you make it happen?
Acceleration: how will you find the motivation to achieve your goal?
Domination: how do you take others with you?

Anyone has the ability to be great; we’re born with it. Using inspiring, practical, and real-world guidance, coupled with absolute accountability, Bo Eason teaches how.

Hear more about Bo’s 4-step method on being the Best and how to bring your A-game each and every day during his Live Interviews. 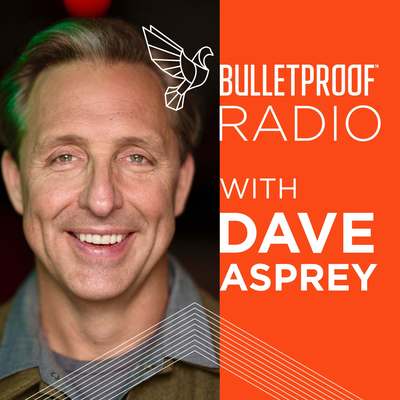 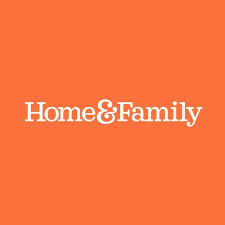 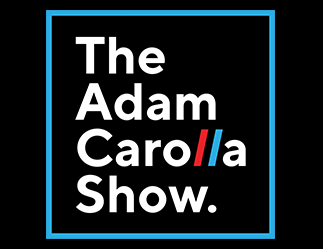 “I’ve shared the stage with Tony Robbins, Sir Richard Branson, and the Dalai Lama. I am convinced that Bo Eason is the greatest speaker to grace the stage in decades.”

“In this personal and candid book, Bo Eason tells you how to be best at what you do: by declaring who you really are and having the guts to live it. A must-read.”

“Bo Eason offers a revealing testimony on what it takes to succeed in any field. Whether you’re an artist, an athlete, or an entrepreneur, this book will put you to work.”

“Bo Eason knows what it means to fulfill on your greatness and be the BEST. In There’s No Plan B for Your A-Game, Bo gives you the play-by-play on how to embrace your obstacles and thrive in the face of any adversity. If you’re looking for a Champion Mindset approach to a better you, this is a must read.”

“There’s No Plan B for Your A-Game debunks the myth that success only comes to the “gifted” or naturally talented.  Bo has been able to biohack the formula on how to be the best in the world at what you do.”

He has trained with some of the world’s most brilliant performance and movement coaches, logging over 20,000 hours on stage crafting and presenting his personal story. Bo is now dedicated to helping others tap the power of their personal story and become effective, persuasive communicators. 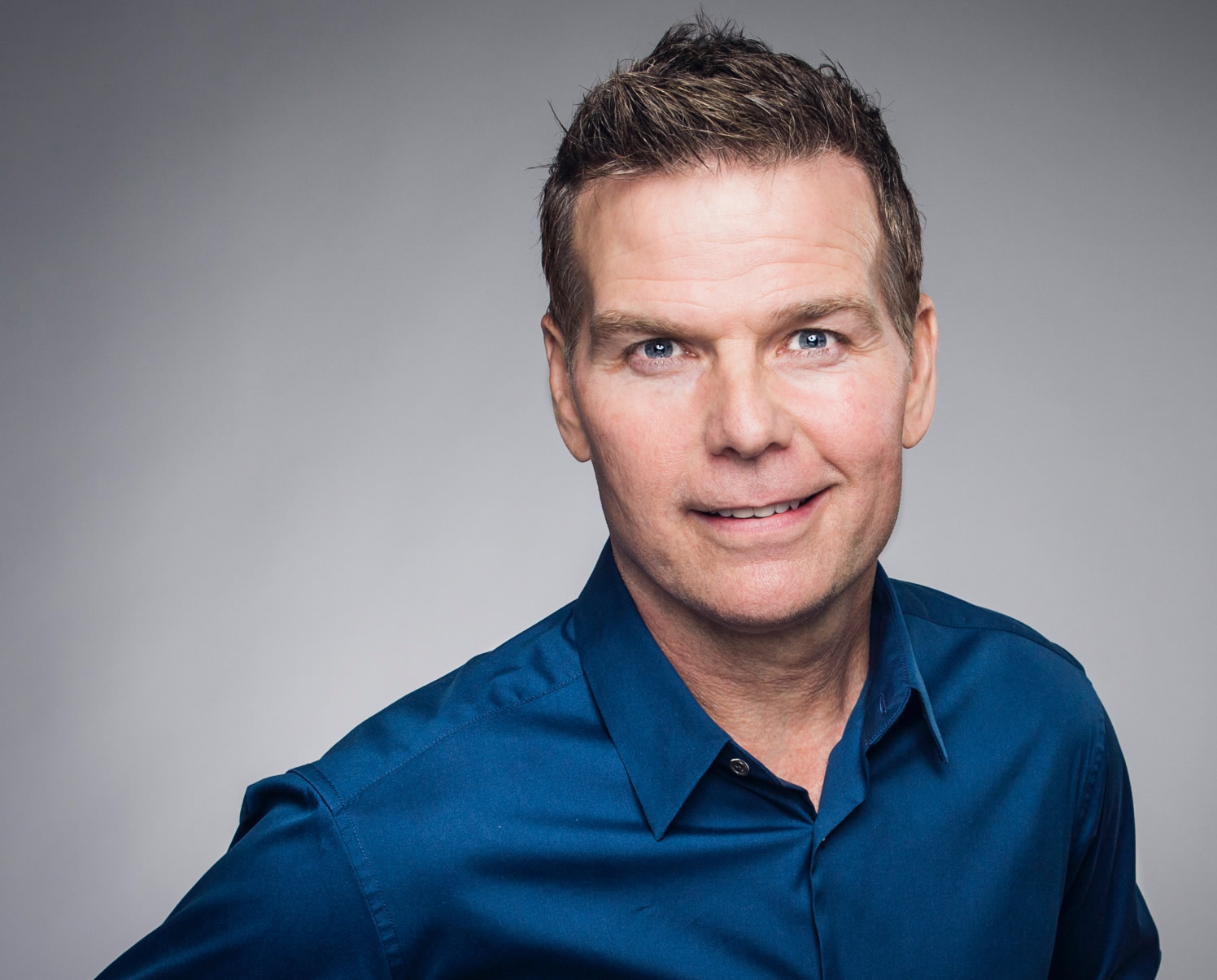